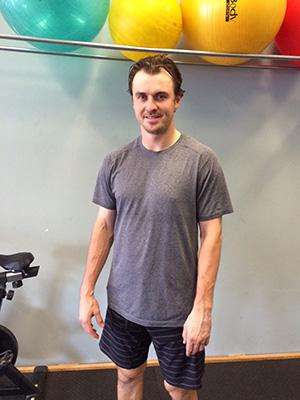 "Training at Empower keeps me healthy. Kari makes sure I get the off-season strength, speed and power work I need and keeps it tough but not boring. I like that my programs are customized and catered to my needs and schedule. I am stronger than I have ever been!"

"I began working out at Empower Conditioning in 2013 and it has had a tremendous impact on me as an athlete. I have been able to break through many barriers and have made strength and power gains that I am beyond happy with. Since I am a student-athlete it can be a huge financial strain, so being a sponsored Empower athlete allows me to get the best training at an affordable price. Working out in a top-notch facility in addition to the positive atmosphere and attitude from all of the strength coaches makes it easy to walk in and get your work done."

"I have been training at Empower since 2006 and let me tell you, I don’t think I could have gone through much more variety of training. My aerial career started with a competitive gymnastics background and when I first started, Kari helped me strengthen all my weak links I would need for aerials. In 2007 in, I blew my ACL and Kari was there for every step of the way, she even came to watch my surgery and piggy-backed me around the gym so that I could at least get an upper body workout it. Through my rehabilitation, Empower became my second home, I loved the enthusiastic environment plus Kari knew when to push and she knows when to hold me back. Once I was back on the slopes, Kari continued to make my programs and monitor my progress on the weeks I was home. Kari, you need to come back to Winnipeg!!!!!"

"Working with Kari Schneider took my fitness and tennis game to a whole new level. Kari always pushed me to the limit to reach my goal on and off the court. Kari always believed in me, and supported my dream of being a Paralympian. Without Kari's incredible knowledge of training I don't believe I would have had so much success on the Wheelchair International Tennis Federation tour."

"The trainers at Empower do much more than just train. They coach. At Empower, you will see NHL players, national-level rugby athletes and full-time moms all being treated as equals. The Empower trainers want you to reach your goals just as much as you do, regardless of how modest or massive your goals might be.

Although I was a varsity athlete during university, I eventually became one of those guys who use career and family demands as an excuse to avoid exercise. After just six months at Empower, I found myself back playing competitive rugby for the first time in 20 years. I’m no all-star, but thanks to Empower, my distant past doesn’t have to be a distant memory – it’s happening right now. "